Written to support “A toy for a smile” initiative,
for the children refugees on the island of Lesvos.
text: Antonis Papatheodoulou
illustration: Iris Samartzi
translated by: Alison Falkonakis

I don’t remember the year exactly; it must have been either 2067 or 2068. I remember that it was Autumn. Our mum and dad had gone to Stuttgart for the weekend, and we were to stay with grandmother Ranim, our favourite!

Grandmother Ranim always let us do whatever we liked, and so we always turned her house upside down! We made music with her saucepans, played all the old games on her tablet, drew on the walls, dug in the garden, climbed the trees, grandmother never said no, to anything. Anything that is, except for one thing, Mr No-no.

Mr No-no was a small fluffy rabbit, who sat high on the very top shelf of the cabinet in Grandmothers sitting room. My brother and I gave him that name, because whenever we had finished playing all of our games, we asked Grandmother if she would take down the rabbit and she always replied:
“You may play with whatever you like, but that rabbit is a ‘no-no!’” and then she tried her best to distract us with something else to play with.

That Saturday, even before we had arrived at our Grandmothers house, my brother and I were determined in our plan:
“We will ask her to bring down Mr No-no!”
“Yes!”
“Otherwise we will refuse to play! We will strike!”
“Yes, we will sit very seriously with our arms crossed on the sofa!”
“Yes, all day!”

And so we put our plan into action, we refused to play from the moment that we set foot into her house. Grandmother couldn’t stand it, she was so used to seeing us laughing and jumping and shouting all day from morning until night!

“Okay, you win!” she said finally. “I will bring down Mr No-no, but we won’t play with him, we will listen while he tells us a story.”

Happy that our plan had succeeded, we sat on the sofa whilst the forbidden toy was brought down from his shelf. Grandmother held the rabbit upright, and as she moved his hand, his story began….
“Children… I shall tell you how I met your Grandmother.” said our Grandmother, in her very best rabbit voice and we giggled with laughter.

And so Mr No-no, the fluffy rabbit, started his story, and we learned things about our grandmother Ranim that we had never heard before.

We learned of a long distant time past, of when grandmother was a child.

We learned about her house, her toys and the friends that she had. We learned of the war which came.
Of the noise of the bombs which fell.
Of the small bag that was hastily packed, so small that not even a single toy could fit inside.
Of the journey into the unknown, the journey full of fear.
We learned of the black boat and the night when she nearly died.
The hours and days which seemed to last forever.
For the small harbor of an island far from here, an Island called Lesvos, and for someone who one morning smiled at her and gave her a small fluffy rabbit.

A rabbit so small that it could fit inside her bag and on her difficult journey could keep her company and give her reason to smile. 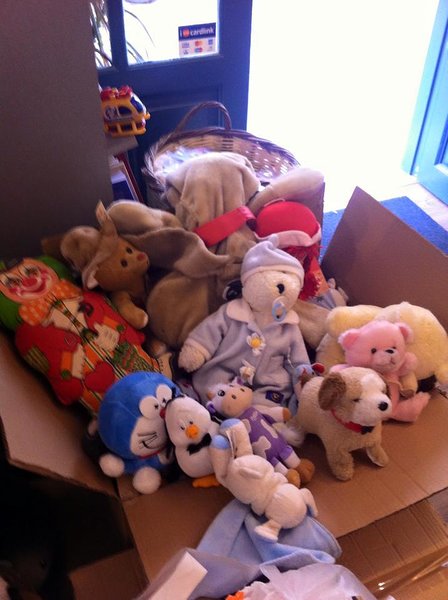 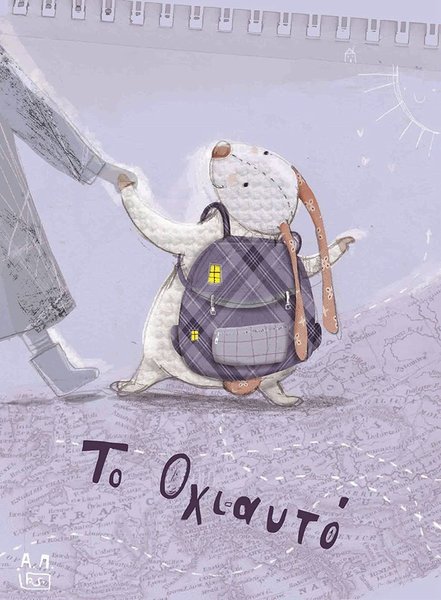 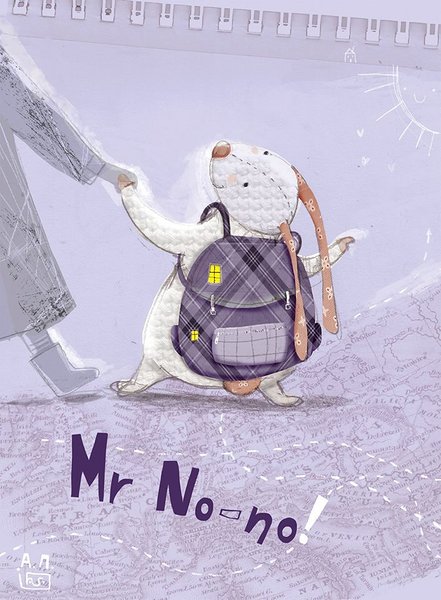 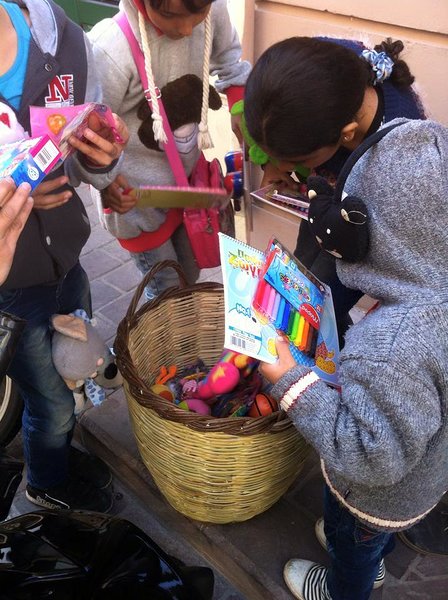 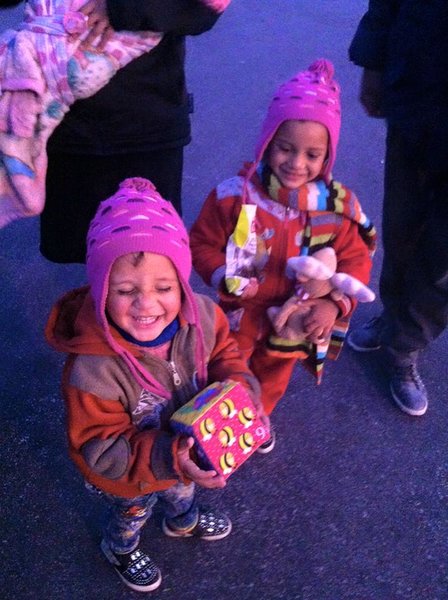 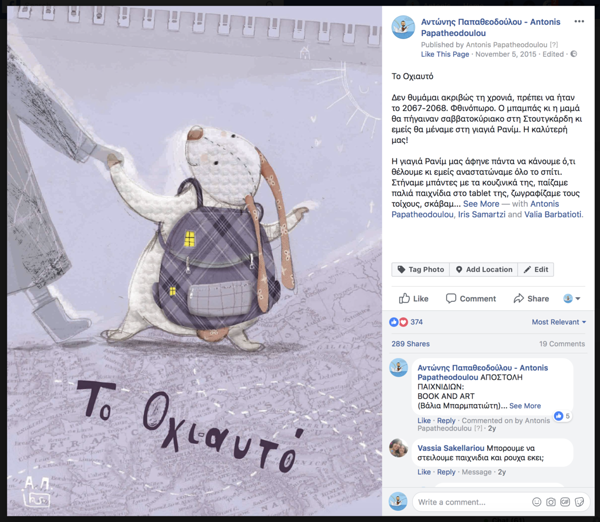